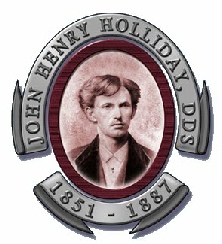 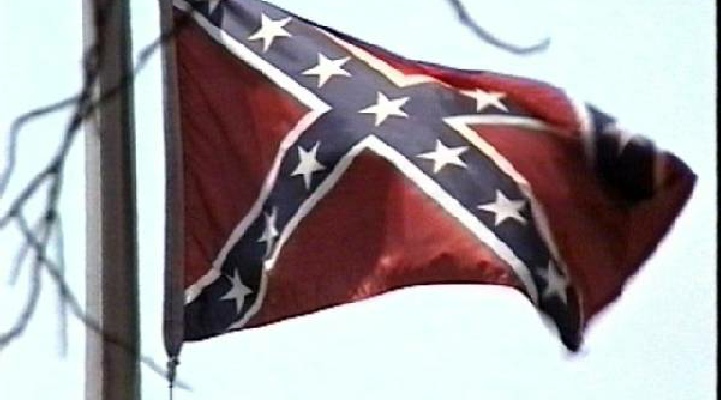 This flag flies over the Confederate Cemetery.  The unmarked headstones are laid out in the pattern of the flag 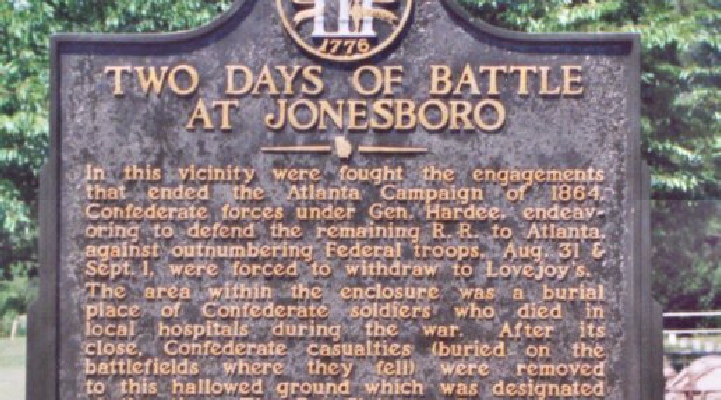 This cemetery holds the remains of 600 to 1,000 unidentified Confederate soldiers who died during the Battle of Jonesboro.  Originally buried where they fell, the remains were moved in 1872 after this memorial was formed by a grant by the State Legislature.  Named for Confederate General Patrick R. Cleburne, the cemetery is maintained by the United Daughters of the Confederacy 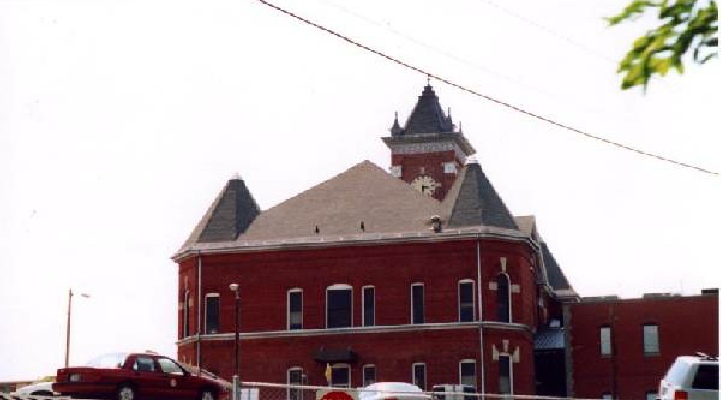 The 1898 Courthouse at 121 S. McDonough Street, is barely visible above the the 1962 additions, but houses the old town clock which would have been familiar to Robert Holliday and his family.  Margaret Mitchell visited here to research local records during the writing of 'Gone with the Wind'. 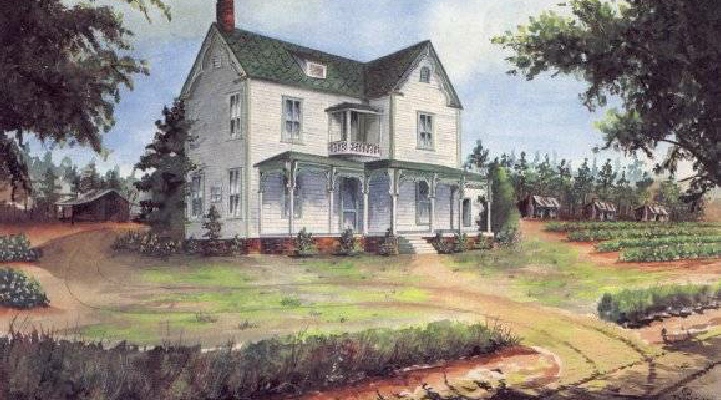 Margaret Mitchell's great grandfather, Phillip Fitzgerald, arrived in Georgia from his native county, Tipperary (Ireland) in about 1825.  By 1861 he owned more than 2,300 acres of farmland in Clayton County.  His home, a large two-story frame house, stood at the corner of Folsom Road and Tara Road in S.W. Clayton County.  Like most Southern planters of the era, he experienced great setbacks as a result of the War, yet overcame them and was able to become prosperous again.  His story, and those of friends and neighbours who survived the War, were told over and over to young Margaret Mitchell.  And those TRUE stories, verified by land records at the Clayton County Courthouse, became the American classic 'Gone with the Wind'.

In trying to explain the link between Margaret Mitchell and the Holliday's, I would say that Philip Fitzgerald's brother, James, was father to Robert K. Holliday's wife Mary and therefore grandfather to Mattie, John Henry's cousin 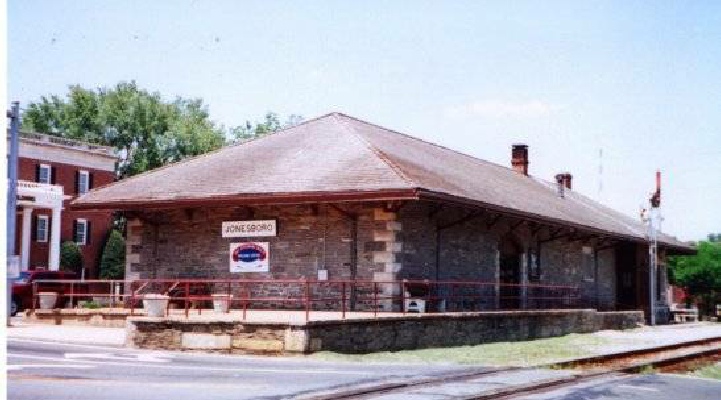 This 130 year old Georgia granite building was moved to Jonesboro in 1880 from Barnesville, Georgia, to replace the original wooden depot which stood near the Confederate Cemetery and which was burned by Union troops in August 1884 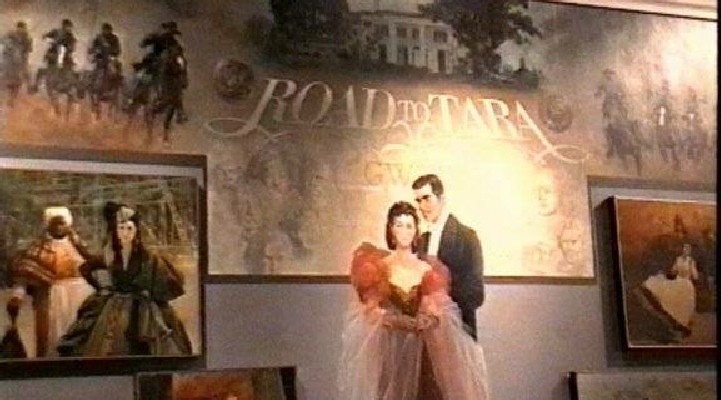 The Jonesboro Depot is now the Visitors' Centre and houses an exhibition of 'Gone With The Wind' memorabilia. This is one of the illustrations. 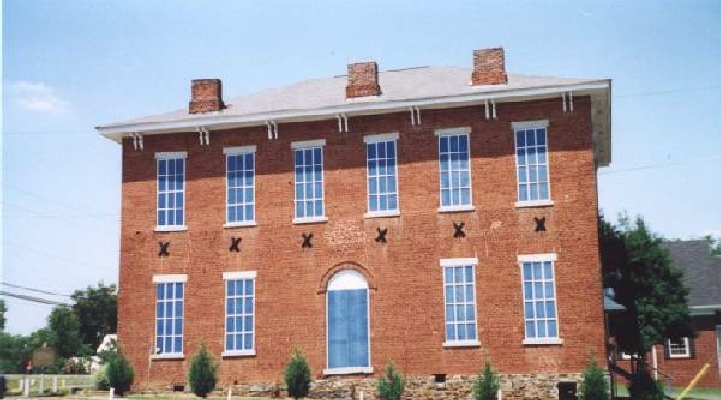 Situated at 144 N. McDonough Street, the old Courthouse was built on the stone foundations of the original Court House of 1861, which was burned by Union  troops in August 1864.  Commissioned in 1859, John's Uncle, Robert Holliday would have known this and the original building.  This building was in use from 1869 when the 'new' Courthouse was built.  Today it houses the Jonesboro Lodge of the Free and Accepted Masons.

he monuments at the front door of the 1962 additions to the Courthouse commemorate military Chaplains, and especially, Father Emiel Blienel of the Confederate Army, who was killed during the Battle of Jonesboro while giving last rites to Col. Grace of Alabama. (notes taken from information supplied by the Clayton County Convention and Visitors Bureau).  In a letter written by Sister Mary Melanie Holliday (John's cousin Mattie, and daughter of Robert K. Holliday), on June 3rd 1909, she relates the incident, as remembered by her Mother, Mrs. Mary Holliday -

"... Father Blemill saw Capt. Gracie fall in the battle, mortally wounded, and ran to give the dying man the last absolution and while in the act his head was severed from his body by a shell . 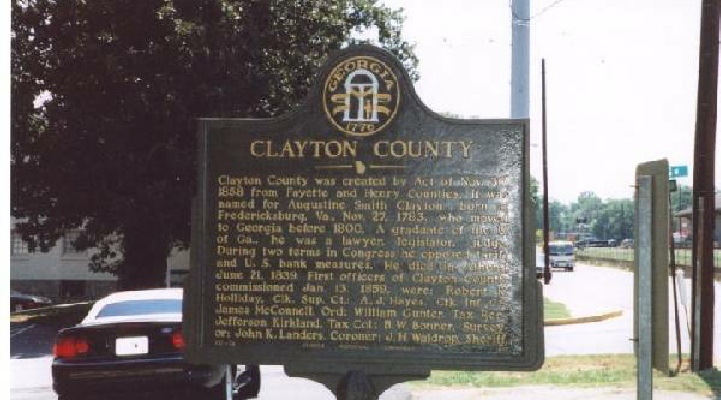 AClayton County was created by Act of November 30th 1858 from Fayette and Henry Counties.  It was named for Augustine Smith Clayton.  Amongst the first officers of Clayton County, commissioned January 13th 1859, was Robert K. Holliday, as Clark to the Supreme Court.  This is John's Uncle Robert.